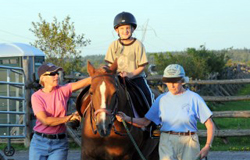 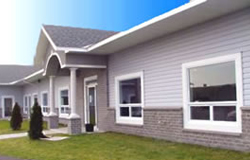 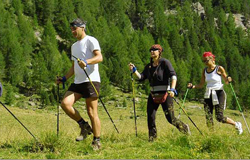 Tom has been retired since 2005 after a career in the data communications and telecommunications industry and now spends his time at golf, tennis, curling, fishing, bridge, software programming, building web sites and reading science fiction.
Tom worked in both Canada and the U.S.A. He started in Engineering and then moved into Marketing with leading vendors of telecommunications and information technology products. His experience ranges from start-ups to $100+ million companies and from individual contributor to manager of a 150-person department. He was a member of the management team that took Gandalf public on both NASDAQ and Toronto Stock Exchange simultaneously. His most noted accomplishment was being an editor of the original IEEE 802.11 Wireless LAN Standard (popularly called Wi-Fi).
His formal education was at Lehigh University, Bethlehem, PA, BS EE with Honors, 1967 and Keller Graduate School of Management, Chicago, IL, MBA with Distinction, 1992.

Fay grew up in Cobden and has lived most of her life there. Having a degree in Physiotherapy, she worked in both the hospital and home care sectors. Providing direct service to clients of all ages, she was particularly interested in, and advocated for, the well-being of the pediatric and senior populations. Fay retired in 2012 from a career in health care spanning 33 years.
Following retirement, Fay was delighted to have the time to devote to her interest in genealogy, authoring of a number of family history books and research aids. Her greatest joy is spending time with her granddaughters.
Fay’s participation in her community has stemmed from both her work and interests. In her work capacity, she has served as a liaison with school, health and community organizations within Renfrew County. She has volunteered with her church, curling club, genealogical group, historical society and currently LRHCS.

Gwen is a newcomer to the Lanark Renfrew Health and Community Services Board, having just started her term in June 2018. She served on the Board of the Bernadette
McCann House for two terms, and is presently the Chairperson of the Whitewater Library Board.
She has had the opportunity to live in New Zealnad, Japan and Hong Kong, and obtained a Masters in Social Work at Victoria University in Wellington NZ. She worked in child protection for the majority of her career.
Since retirement three years ago, Gwen has both the time and energy, along with skills which she believes will be of benefit to LRHCS Board. LRHCS serves a very large area and she feels it is important for the Whitewater Region to be represented. She feels privileged to be chosen for this task.
She brings good listening skills and the ability to speak in a forthright manner, as well as an interest in learning more about health-related systems.

Andrea resides in Lanark Highlands with her husband, Doug Nuttall and their two school-age daughters.
Andrea went to Trent University for Geography and Indigenous Studies and after, completed her B.Ed. at Queens University specializing in Outdoor and Experiential Education.
Andrea is an active member with the Lanark, Leeds, and Grenville Special Needs Steering Committee as well as their Community of Practice as a parent volunteer. She provides a perspective of a family with a child with special needs.
It is important for Andrea to advocate for rural families and those with needs that are not adequately met.

Barbara has been a resident of Carleton Place for more than 30 years, where she works with her husband in his medical office as office manager, bookkeeper, backup receptionist and flu shot nurse. She is also Mum to four grown children, one of whom has Down Syndrome. Barbara became an advocate after his birth, sharing her experiences with him to promote inclusion, acceptance and improve service for individuals with exceptional needs. She has reached out to new parents of infants with Down Syndrome, providing support and information. She has also served on a local school parent council, the Board of the VON, Carleton Place branch, the Board of Lanark Health and Community services (the precursor of Lanark Renfrew Health and Community Services) and continues to actively volunteer with various groups in her community.

Bill Janes was born in Toronto. He has lived in Lanark County since 1972. He obtained his Journeyman Carpenter certification in 1973 and worked as a builder until deciding on a career change. He graduated in Nursing in 1989. He has been employed as an
R.N. at the Almonte General Hospital, the Royal Ottawa Hospital, the Ottawa Hospital and, for the last 21 years, at Lanark County Mental Health as a Community Mental Health Nurse.
Bill's volunteer work has included Lanark County Interval House, the Ottawa Food Bank, the Odawa Native Friendship Centre and the Union Hall Community Centre. He served on the Board of Directors at Alwood Residential Treatment Centre and is currently a member of the Ontario Nurses Association local executive.
Bill and his spouse continue to live a rural lifestyle in Mississippi Mills.

Bonny was born and raised in Whitewater Region.
Her educational and work background included RN and Nurse Practitioner, in acute care, primary care and long-term care. She has worked in Canada and England. The work experience has included front line, management, project management and teaching.
Her philosophy of health has been focussed on assisting people to access the tools required to achieve optimum health. This led to researching the CHC model and then lobbying for the Whitewater Bromley CHC in the late 90’s. She holds a strong belief in the value of the CHC model and access to programs to support rural communities.
She and her husband are fortunate to live on the shores of the beautiful Ottawa River in the Whitewater Region and enjoy all the benefits it offers. A wonderful place to enjoy grandchildren, family and friends.

Cynthia is a physician practicing psychotherapy and family medicine part-time. She received her medical degree from the University of Toronto and worked in a Toronto Community Health Centre (CHC) and then in private practice. She did a Master’s in Public Health, was the Assistant Medical Health Officer for Regina, and later, at Health Canada, worked towards the transfer of health programs to the control of First Nations. She was a health policy/program consultant for the province, a Board member at the Britannia Park Coalition (environment) and the Olde Forge (seniors). She was Chatelaine’s medical columnist for ten years, and did medical segments on CBC TV’s Midday program.
Cynthia brings to LRHCS experience in health administration, public health, program evaluation, training of health care workers and work with diverse communities. Being on the Board will provide an opportunity to serve her own community with others who share her desire to ensure that future health needs are met with comprehensive, high-quality, user-friendly services.
She has lived in Lanark Highlands since 1990, has three children, seven grandchildren, and four great-grandchildren. She reads historical fiction, and plays Celtic and classic fiddle/violin.

After being called to the Bar of Ontario, Deborah served as Counsel and General Counsel in a number of private and public sector corporations, including Bank of Canada. Following early retirement, Deborah obtained a diploma in Horticulture Technology from Algonquin College and consulted as a landscape designer.
She has volunteered as a member of the Board of Directors of the Mississippi Madawaska Land Trust and as President and Board member of the Perth and District Community Foundation, chairing the steering committee of the inaugural Vital Signs project.
Her main occupation these days is as a member of the Board of The Table Community Food Centre, member of the LRHCS Governance Committee, and informal consultant on governance matters to several local not-for-profit organizations. She was recently elected to the Board of the Community Foundations of Canada, where she hopes to bring the rural perspective to CFC’s nation-wide work.

When not at a computer or in a meeting, Deborah enjoys gardening at her Lanark Highlands home, making messes on canvas as the least accomplished member of the MERA Arts Circle, and riding her bicycle along the local byways.

Warren and his wife Gail have lived in McDonald’s Corners for the past eight years. After living in Ottawa since 1989, they decided to move to the lake. Since moving there, Warren has taken on many roles in the community. His passion for working with Youth led him to the Lanark Highlands Youth Centre where he has been the Executive Director for the last six years.
Warren has always believed that one should get involved in the community where you live. This has led to many roles including: member of the Civitan Club, LRHCS Joint Planning Committee, Lanark Highlands Police Services Board, Lanark Planning Council for Children and Youth, and Treasurer for Lanark Renfrew Health and Community Services.
Warren has over 40 years of experience working with youth and volunteers in many communities across the country. He went to York University to study Volunteer Sector Management. His hobbies include woodworking and riding his motorcycle.

Kim has worked in the Developmental Services Field for 35 years and has been in team leadership for over twenty years, more than ten of those at senior levels of non-profit organizations, including reporting to a Board of Directors and to government Ministry officials.
She has been particularly focused on working for individuals with complex health and behavioural needs, to live high quality lives in their communities. Inclusion and equality are her guiding principles and passion.
She and her family have also been respite and Homeshare providers for person with Intellectual Disabilities. While thorough and professional at all times, she enjoys finding the laughter in life and making sure, everyone has the opportunities they need to succeed.
She has received many gifts and contributions of grace and perseverance throughout the years from the people that she has worked for and it is now time for her to “pay it forward”.

Linda Russell worked as a Consultant in Management Information Systems (MIS) for over 30 years. She assumed positions such as Programmer, Manager, Senior Management Consultant, Human Resources Manager, Director, and Vice President.
After moving to Lanark Highlands in 2002, while running a bed & breakfast, Linda served on tourism boards and committees for Lanark Highlands, Lanark County, and the Perth & District Chamber of Commerce.
From 2008 to 2011, Linda served as the Active Seniors Koaltion (ASK) Coordinator, initiating and then managing activities that had not previously been available to our local seniors (e.g. shuffleboard, line dancing, and Wii bowling).
In 2008, Linda became certified as a Seniors’ Fitness Instructor and has served as a volunteer fitness instructor for the NLCHC ever since.
Linda swims, canoes and kayaks in the Clyde River, snowshoes all winter long, plays bridge, tends her perennial garden, loves to cook, and loves to entertain.

Joseph (Joey) was born in Montreal but spent his formative years in the former Petawawa Township. After graduating with a Bachelor of Education from the University of Ottawa, he moved to Westmeath and took a teaching position in a two room school, eventually becoming the Principal. In 1981 he became the Manager of Public Works for the Township of Westmeath. In 1990 his interests in social welfare resulted in a career with the Ontario Government as the Manager of the Renfrew County and Pembroke Housing Authority, where he remained until 2000. Joseph was a Trustee for the Renfrew County Catholic District School Board for 18 years; for five of those years he served as Chairman of the Board. In 2001, Joseph accepted a high school teaching position in Renfrew and was elected to the newly amalgamated Township of Whitewater Region. He retired from teaching in 2008 and from Municipal politics in 2014.